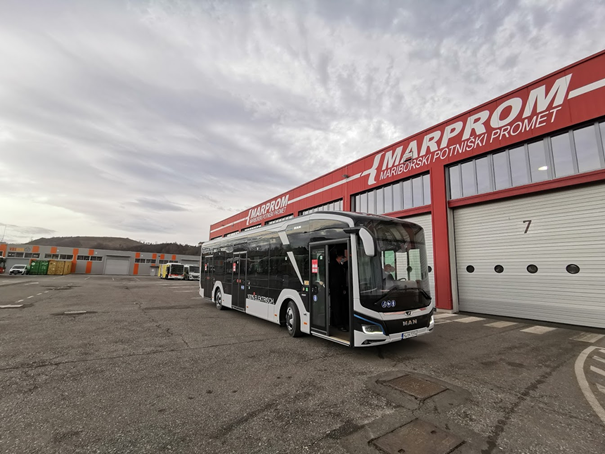 Rationalisation of the electric public transport system in Maribor

The Municipality of Maribor commissioned experts from the University of Ljubljana to prepare a study about the best economic and technical solutions for the electrification of bus line no. 6 in Maribor to achieve sustainable goals and improve air quality in the city.

The results of the study are as follows:

Author of the article: Municipality of Maribor, University of Ljubljana

This online workshop will explore different energy efficient solutions developed in metro stations, focusing on energy monitoring tools. During the webinar participants will have the opportunity to have a look at the solution (a foil-based photovoltaic system on the roof of the Ottraking metro station) carried out by Wiener Linien within the Interreg EfficienCE project through a virtual site visit. More information on the Interreg EfficienCE website.

Join us and register HERE. 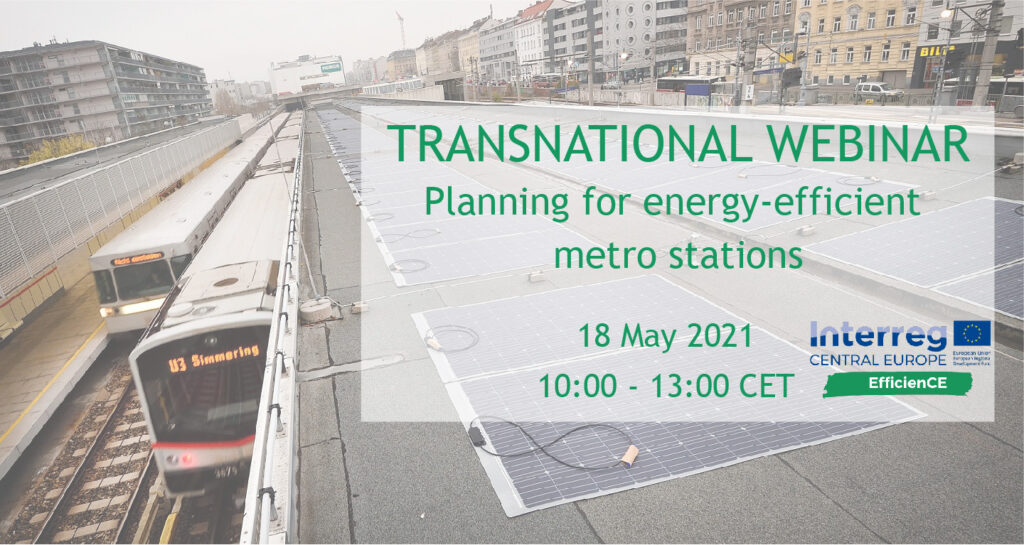 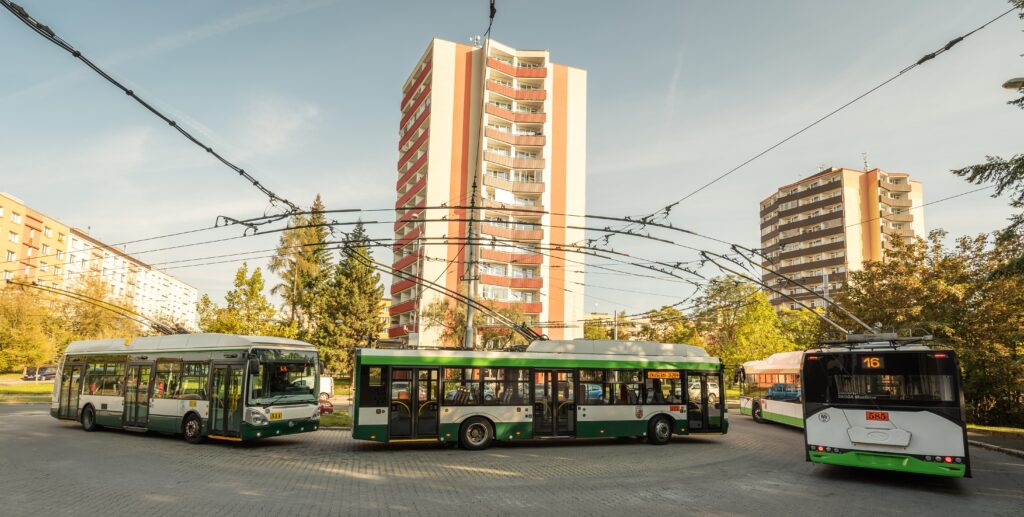 The Pilsen City Public Transport Company (PMDP) has successfully finished its pilot in the Interreg EfficienCE project, namely a series of tests of a battery buffer storage station at the final station of trolleybus line 16. During eight test phases, each of them consisting of a five-days working week, various cases of usage have been tested. The tests started on the 11th January and finished on the 5th March, as given by the preliminary schedule. Considering the current conditions, including both unusually cold weather in the Winter and restrictions caused by the antipandemic measures, this was a successful achievement.

The number of drivers to be isolated due to COVID-positive test or contact with a positively tested person is luckily still very low, so there were no reductions needed in the traffic volume on both trolleybus lines, 14 and 16, operating in the tested area. The only complication during the testing of the battery station was the decision to set as many articulated trolleybuses as possible on line 15, operating in the industrial area of the city, to minimize the risks of contamination among the workers. Due to this, only eight articulated trolleybuses could be operated on line 16 (line 14 is operated by standard trolleybuses only).

The detailed analysis of the tests will be done by Gdańsk University of Technology, PMDP’s co-partner within the Interreg EfficienCE project. The analysis will provide concrete data that can be helpful for a definitive decision whether the buffer storage battery station is a perspective technology for future development of the trolleybus network or not. However, a positive preliminary result of the test series is that there was no malfunction registered during the whole testing period, neither on the battery station itself nor on the infrastructure nor on the vehicles. The technology itself can be considered as reliable, while the awaited detailed analysis will decide whether it is economically sustainable as well.

Author of the article: PMDP 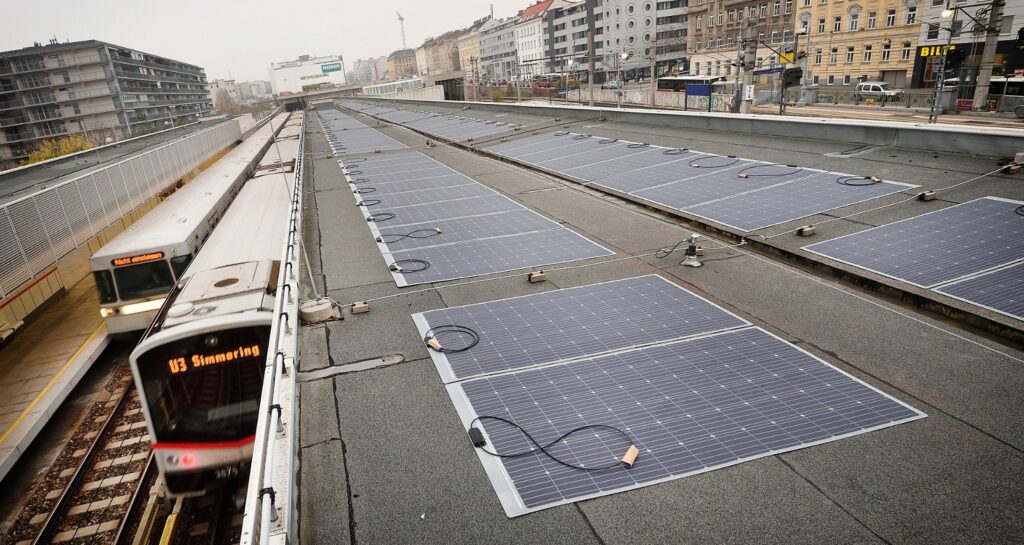 A new, foil-based PV system is being tested on the roof of a Vienna metro station by Wiener Linien. This kind of PV system is much lighter than the conventional one because of the lack of a metal frame. The green energy is directly fed into the stations’ energy grid: the system is used to power metro station auxiliaries. The test started on 14th January 2020 and is continuously monitored.

The PV system with a nominal power of 60 kWp generated 58.377 kWh green energy in the first full year of operation; that is 5.7% of the station’s yearly energy consumption. The table below summarises key data about the PV installation, such as the amount of the CO2-savings.

The generated green energy is up to 10% of the metro-station’s monthly energy demand in Spring and Summer months. On the strongest days, the PV system can supply up to 50% of the station’s energy need.

Regarding the feasibility, the Wiener Linien pilot project covers all obstacles (e.g. weight, electrical earthing) other potential locations of mobility providers equally struggle with. Due to the excellent experience at this metro station, Wiener Linien is currently checking other metro stations for the possibility of installing a PV system. The goal is to install a PV system on as many stations as possible, to use as much green energy as possible for powering the auxiliaries of the stations. But with a view to the financial aspect, Wiener Linien will use conventional PV-Systems where it is possible, as its costs are lower.

Author of the article: Wiener Linien 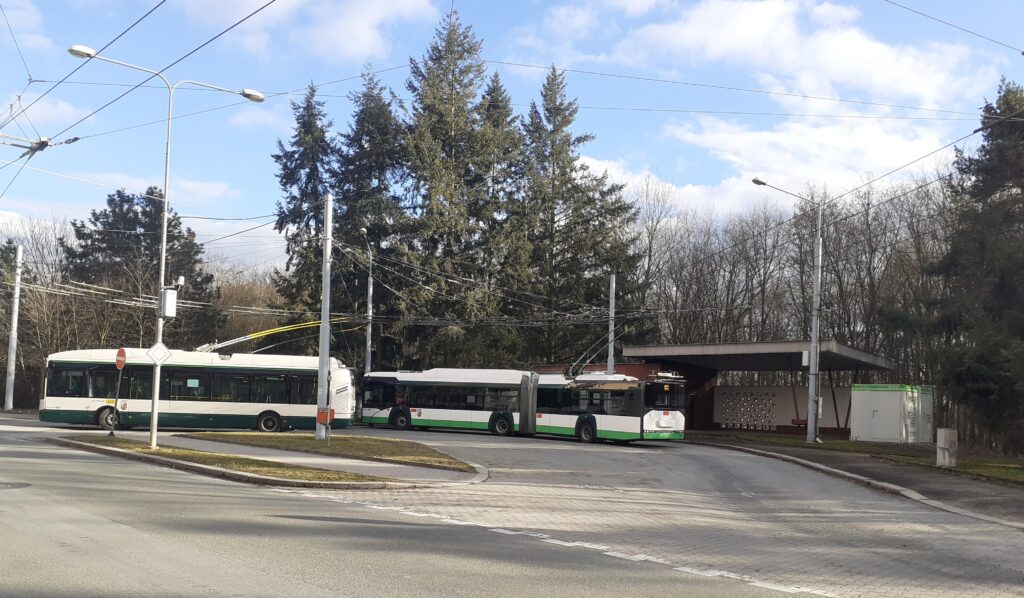 The Pilsen City Public Transport Company (PMDP) has launched a series of tests of a battery buffer storage station at the final station of trolleybus line 16 in September 2020. The charging station is connected only to the trolleybus overhead wires from which its battery is continuously charged, and under load it is able to quickly supply a larger amount of energy back to the trolleybuses. The main function of the station is to strengthen places with insufficient power supply.

PMDP got the opportunity by the provider of the battery station to test a new type of such a station, equipped with more efficient lithium batteries (the charging effort of the new station is more than doubled, compared to the old station, and the usable capacity of the storage is three times bigger). The new battery station is now being tested, following a time plan where several factors are combined, so that as many as possible of imaginable scenarios are covered by the tests, to avoid any future complications in case the battery station should be launched into regular traffic as it is planned. Factors being involved into the testing scenarios are based on the battery station and feeder nr. 40 that is under standard conditions responsible for energy supply in the area where the tests take place. 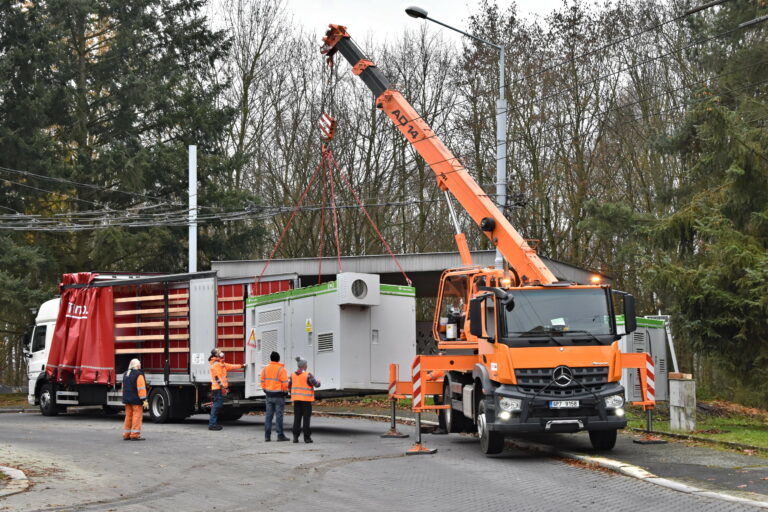 Each phase of the tests runs for one week (working days only). The tests started on the 11th January, and according to the schedule, they are to be finished by the 5th March, covering the following cases:

So far, all the tests are running according to the planned schedule. An unexpected, but welcomed circumstance was the unusually long period of days with sub-zero temperatures that enabled gathering data even under extreme conditions. As in the case of the test series done in last autumn with the old battery station, the data gathered is sent to Gdańsk University of Technology, PMDP´s co-partner within the Interreg EfficienCE project for detailed analysis. The outcomes will be known after the last running test.

Virtual tour to the trolleybus depot in Gdynia

Due to the fact that during COVID-19 pandemic, live tours in the Gdynia trolleybus depot could not be organized for visitors who are interested in electric public transport, in July and August 2020 the trolleybus operator PKT (Gdynia, Poland) has filmed the virtual tour of the depot (in Polish language with English subtitles).

During the online site visit, people can have a look at many locations in the organization:

19 short videos were prepared in various places, and by clicking on the speakers, visitors can listen to individual experts talking about particular aspects of Gdynia trolleybus transport system, ranging from its tradition and history, plans for further expansion, EU projects realized to more technical subjects such as functioning of the trolleybus grid power management centre, battery trolleybus fleet in Gdynia or the role of the depot building in the Energy Management System. 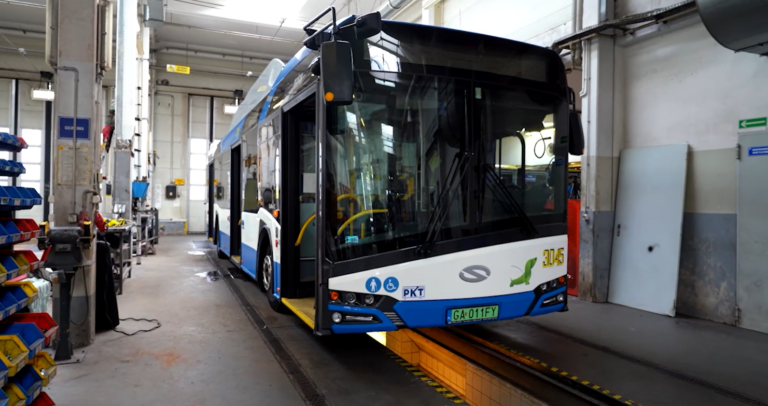 In each of these places, everyone can take a 360 degree panorama tour to see how the depot and other important locations in the company really look like, providing the experience as if the visitor was really on the spot. One of the short movies presents activities being implemented in the EU projects currently run by PKT, Interreg EfficienCE project included.

The tour was co-financed from the programme INTERREG South Baltic (CAR project).

We invite and encourage you to visit the Gdynia trolleybus depot and get to know the intricacies of its functioning by taking the online tour in the following link: https://video-dron.pl/panorama-360/Test_PKT/PKT3/tour.html

The virtual tour was introduced in detail in the webinar on „Innovations for energy-efficient depots” by Marta Woronowicz from trolleybus operator PKT.

Have a nice tour!

Author of the article: Marta Woronowicz

We use cookies on our website to give you the most relevant experience by remembering your preferences and repeat visits. By clicking “Accept”, you consent to the use of cookies. The selection of necessary and optional cookies can be changed via the settings.
Cookie settingsACCEPT
Manage consent

This website uses cookies to improve your experience while you navigate through the website. Out of these, the cookies that are categorized as necessary are stored on your browser as they are essential for the working of basic functionalities of the website. We also use third-party cookies that help us analyze and understand how you use this website. These cookies will be stored in your browser only with your consent. You also have the option to opt-out of these cookies. But opting out of some of these cookies may affect your browsing experience.
Necessary Always Enabled

Any cookies that may not be particularly necessary for the website to function and is used specifically to collect user personal data via analytics, ads, other embedded contents are termed as non-necessary cookies. It is mandatory to procure user consent prior to running these cookies on your website.